What is Craft?
Before we examine the art of sound design lets consider what might constitute a good example of craft. It might be helpful to consider equivalent visual craft examples.

Consider the requirements of a definitive photograph of a discarded coke can, as a representation of urban angst, and a sound recording of the same subject .

First imagine an instamatic snapshot of the can. 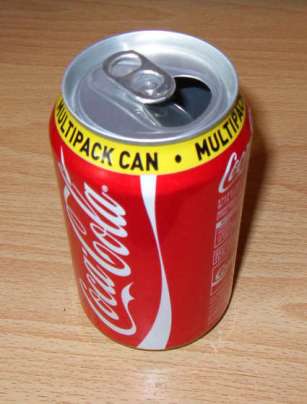 Perhaps it was tossed in the air, the sound of it landing recorded with a single microphone. It probably has some unwanted background sounds and fails to capture the excitement or threat of hearing a can falling in the dead of night. The sound fails to generate any response from the listener; “Its a can so what?”.

Now visualise the photograph as executed by a top photographer for a magazine assignment. The coke can picked from hundreds because use of its unique deformations. It’s setting carefully considered.

Then the photograph is processed and perfected for the intended use. The colour subtly changed, extra elements added….

Consider how we might set about utilising the craft of sound recording to elicit a similar emotional response. The choice of surfaces,acoustic and microphone placement chosen with as much care as the photographer took with the location and lighting of the subject. Aluminium cans, steel cans, cans thrown from balconies, rolled down stairs or crushed by feet. And a framing context, perhaps a fast rhythmic pulse running under it.

And what else will we put on our aural page. Footballs hitting shutters, a handbrake turn or a wheelie, all recorded with skill and craft as a distillation of the sensation of hearing those sounds for real. The sensation enhanced by the intensification of their defining features and finessed through the framing device.

As a by product of our consistency and attention to detail we have created a cohesive logical soundworld which is the foundation of all good sound design.

What Is Design?
I would define design as:

A Process of organised creativity with defined goals or functions

Design is distinct from fine art; its main role is to serve functional purposes. In the context of the theatre these purposes might be defined as:

Enabling the play to be performed.

It is amazing how often this is neglected. Many designers seem content to present a superficial setting and leave the solution of the real design problems of a play, without which it cannot be performed to others. The designers primary task should be providing solutions which aid the presentation and understanding of the piece.

Providing fluidity to the dramatic action

The action of a play must flow from one situation to the next in a manner appropriately paced and styled. Sound design has an important role in this process. Too often though it is used to cover the set designer’s neglect of this area by providing covering distraction for ill designed  stage mechanics. A linking design element should be a journey. The scenic elements should be choreographed at the pace the drama requires not that dictated by the mechanics. The sound design should travel, trailing ideas from the preceding scene, introducing new elements relevant to what is to follow. The most basic form of this is the crossfading of music from an abstract link, replayed on the theatre’s front of house speakers, to a radio on the set which forms part of the actuality sound for the following scene. A more detailed example of what is possible is given in the Fathers Day case study.

Providing a physical reality for the production.
Essentially an environment, a cohesive logical world, real or imagined for the play to inhabit. Often the sound will define the area bounding the set. The sound of approaching and departing vehicles could establish the geography of a remote farmland setting or complex rain effects might breath life into a setting by presenting the sounds of different surfaces being struck by rain, corrugated tin roofs,drains, windows, etc.

Enhancing the depth and meaning of the play (Contextualisation).

Perhaps by creating a parallel internal logic in the arrangement of music and sound effects. A Shakespeare play, might use music to define the essential social stratification of the characters represented and provide commentary which advances the director’s vision of the play.

A modern play, might uses sound to present aspects of the recollections of a failing memory.

The last function should be arrived at through attention to those preceding. Do not have as a primary goal in design the manipulation of the collective audience emotional response through the creation of so called atmosphere.

What are the Common Elements of the Theatre Design Disciplines?

The important common thread between theatre design disciplines is they deal with the journey from an abstract idea or imagining to a physical reality.

A lighting designer when watching a run of a play sees visual images of what the production might look like when lit and would arranges his equipment to be able to achieve the transfer of imagery from the mind to the stage. In the same way a sound designer is concerned with replicating the sounds he hears in his head in a form that can be performed in the theatre.

The technical advances in sound technology now allow the level of control necessary to allow sound designers to achieve this translation from imagination to reality.

Theatre sound technology is the tool that enables a sound design that exists only in the imagination of the sound designer to be shared with an audience.